Did You Strike It Lucky With Tangle Free Hair?

Did You Strike It Lucky With Tangle Free Hair? 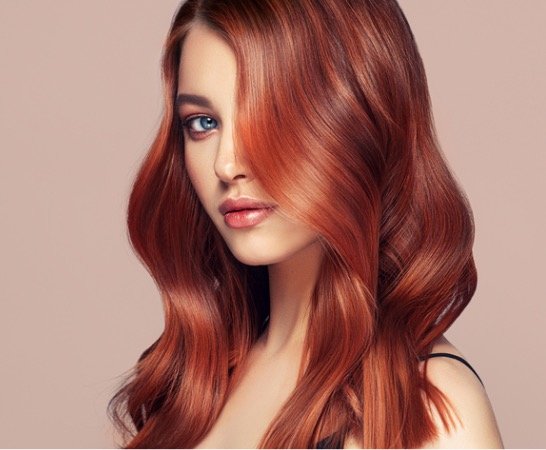 St.Patrick’s Day is celebrated the world over, and not just by those of Irish descent either. Did you know that originally, blue was the color associated with St.Patrick? These days the wearing of green is more commonly associated with this popular event and if you happen to have red hair, even better!

Ireland has the highest per capita percentage of redheads in the world. It’s those strong Celtic roots. If you are blessed, and we do mean blessed, to have natural red hair then you have struck it lucky! You are indeed a most rare and beautiful breed and make up only 1 to 2% of the world’s population

Rarest Hair Colors in the World

These days, it’s increasingly common for men and women to dye their hair. All colors of the rainbow are acceptable. But it’s difficult, without extremely frequent trips to the salon, to completely hide the telltale signs of your natural hair color. Roots have a way of revealing the truth.

Many true hair colors have been disclosed during the 2020 global pandemic. Who knew there was a redhead in your marketing department? While it might be difficult to guess your work colleagues natural color, it sure is a lot of fun trying!

Statistically it’s hard to pinpoint with any degree of accuracy what percentage of the global population has which hair color. There are numerous shades in between. But roughly speaking hair is broken down into four main categories; black, brown, blond and red.

The Truth about Hair Color

It’s estimated that 75-85% of the world’s population has black to very dark brown hair.

Our research confirms that about 11% of the world’s population has brunette hair.

Geographic distribution is most common in Europe, America, Australian, Canada and Asia.

If you’re a natural blonde then you’re an exclusive group of less than 3% of the population.

You’re most likely to be of Northern European descent.

And finally, the rarest hair color is red, at below 2% of the world’s population.

Your ancestors are likely to herald from the British Isles – notably Ireland and Scotland – although small pockets of redheads have been found in southern Europe.

You could be a Bright Copper or a Fiery Auburn, a Deep Burgundy or a Strawberry Blond shade. But either way, you have definitely inherited the luck of the Irish!

No matter what your natural or dyed hair color, Number 4 High Performance Hair Care loves you all with our color protecting formulas.

Our products are 100% Vegan, Gluten-Free, Sulfate & Sodium Chloride Free and Paraben Free too. Lucky for you! So whether you’re a rare breed redhead or a prevalent deep brunette, we’ve got you covered with our anti-aging, color protecting, tangle free formulas.

In celebration of St.Patrick’s Day this year, you can all strike it LUCKY!

Simply use the code FREEBRUSH when you spend over $75 on hair products and you’ll receive a FREE detangling brush. So even if you do wake up in the morning looking like the Disney Princess Merida, you can leave for work as flowy and full of body as Rapunzel!

We use cookies on our website to give you the most relevant experience by remembering your preferences and repeat visits. By clicking “Accept”, you consent to the use of ALL the cookies.
Do not sell my personal information.
Cookie SettingsAccept
Manage consent

This website uses cookies to improve your experience while you navigate through the website. Out of these, the cookies that are categorized as necessary are stored on your browser as they are essential for the working of basic functionalities of the website. We also use third-party cookies that help us analyze and understand how you use this website. These cookies will be stored in your browser only with your consent. You also have the option to opt-out of these cookies. But opting out of some of these cookies may affect your browsing experience.
Necessary Always Enabled
Necessary cookies are absolutely essential for the website to function properly. These cookies ensure basic functionalities and security features of the website, anonymously.
Functional
Functional cookies help to perform certain functionalities like sharing the content of the website on social media platforms, collect feedbacks, and other third-party features.
Performance
Performance cookies are used to understand and analyze the key performance indexes of the website which helps in delivering a better user experience for the visitors.
Analytics
Analytical cookies are used to understand how visitors interact with the website. These cookies help provide information on metrics the number of visitors, bounce rate, traffic source, etc.
Advertisement
Advertisement cookies are used to provide visitors with relevant ads and marketing campaigns. These cookies track visitors across websites and collect information to provide customized ads.
Others
Other uncategorized cookies are those that are being analyzed and have not been classified into a category as yet.
SAVE & ACCEPT
Powered by